The 3 best-attended movies during opening week were:

* Star Wars
* Inside Out
* Minions

Also during 2015, we partnered with these well-respected organizations to bring the community a wide variety of free documentaries:

We became the 4th theater in all of NH to offer blind and visually impaired patrons Descriptive Video Service (DVS).

We premiered the “Free Trailer Hour”; a program which will continue in 2016. 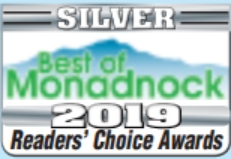